Bhadani and Jamal: Granular cell tumor of nasal cavity: An uncommon occurrence with review of literature

Granular cell tumor of nasal cavity: An uncommon occurrence with review of literature

Granular cell tumors (GCTs) are uncommon benign lesions which usually occur in head and neck region, with tongue being the most common site. Lesions involving nasal and paranasal areas are extremely rare. We report a case of GCT arising from left nasal cavity in a 15 year old female who presented with unilateral epistaxis since 4-5 months.

GCTs are rare benign neoplasms affecting mucus membranes of upper aerodigestive tract. About one -third of all GCTs occur in head and neck region. The most common site is anterior part of tongue. Most GCTS are benign with 10% malignant behaviour. GCTs are most commonly seen in 4th -6th decades of life.1

Microscopy revealed sheets of plump polygonal cells arranged in nests and diffuse sheets having centrally placed round nuclei with abundant eosinophilic granular cytoplasm. At places chronic inflammatory infiltrate and bacterial colonies also noted. Special stain PAS revealed diffuse, intense and granular cytoplasmic positivity in tumor cells (Figure 3). IHC S-100 was recommended for further confirmation, IHC was done outside the Institute, which showed immunoreactivity with this marker. Based on these findings a histopathological diagnosis of Granular cell tumor (GCT) was rendered.

Abrikosoff first described GCT as granular cell myloblastoma in 1926 as it was thought to originate from myoblast initially.2 Holland et al. proposed a neurogenic origin on the basis of close association of tumor with nerves and similar ultrastructural findings.3

Nasal masses can have a wide variety of possible differential diagnoses, including inflammatory proliferative lesions, infective lesions, and neoplastic conditions that are either benign or malignant. A GCT is also one of the possibilities as well. There is a wide age -range of occurrence in GCTs as they have been reported in patients as young as 11 months and as old as 104 years, but these lesions occur most frequently in patients who are in between their fourth and sixth decades.4

GCTs are seen frequently arising in the head and neck regions; they are found most often on the tongue, but also occur on the skin and in the stomach, bronchi, and bile ducts. Within the head and neck regions, GCTs have been found in the larynx, soft palate, labial mucosa, uvula, oral floor, gingivae, orbits, lacrimal sacs, nasolacrimal ducts, and parotid glands. (Table 1).5, 6 It is difficult to differentiate GCT in nasal cavity from Congenital epulis, Granular cell ameloblastoma and rhabdomyoma clinically.

Summary of GCT in nasal andparanasal sinus reported in literature. 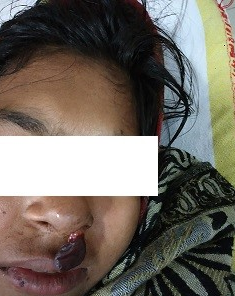 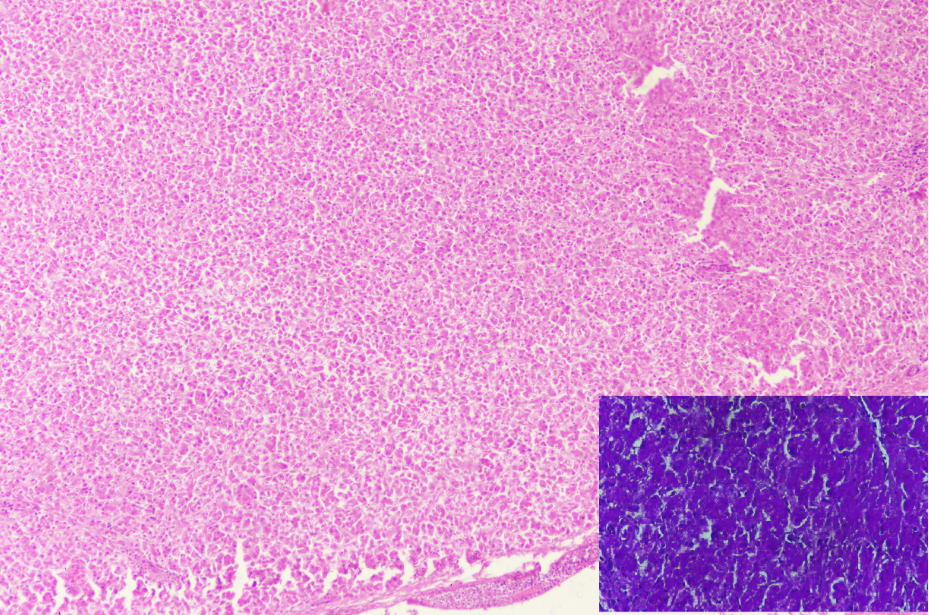 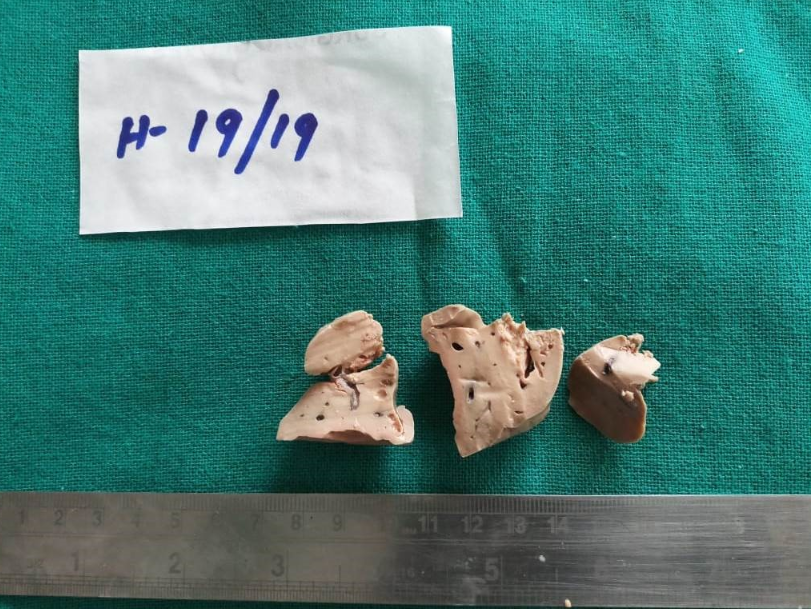 Two distinct subtypes have been described. 1) A congenital epulis or gingival GCT of infancy and 2) adult GCT. The tumor mostly presents as solitary lesion, with multifocal presentation accounting for only 5-10% of all cases.5, 6

GCTs are microscopically characterised by sheets and nests of large, polygonal, pale to eosinophilic tumor cells with a granular cytoplasm and centrally placed bland nuclei. Microscopically it resembles sheets of histiocytes where it is often misdiagnosed as an inflammatory condition.8 Most GCTs are benign but malignancy is reported in approximately 10% of cases.7 The malignant potential of GCT is reflected by cellular and nuclear pleomorphism, necrosis and increase mitotic activity. Such cases require close long term follow up. Large size of the lesion, rapid growth, infiltration of adjacent bony and soft tissues and metastasis to regional and distant lymph nodes denotes malignant potential of this lesion.7, 9, 10 GCTs express S-100, Neuron specific enolase and also CD68 which is a histiocytic marker.11

Histopathologically, GCTs can mimic granular cell variants of other tumors, such as leiomyoma, dermatofibrosarcoma, and angiosarcoma. Immunohistochemistry can be used to confirm a GCT diagnosis: GCTs are consistently positive for the S-100 protein and consistently negative for desmin, cytokeratins, the smooth muscle antigen and the epithelial membrane antigen.12

Surgical excision is the first choice of treatment for GCTs originating in common sites such as the skin. However when they arise in the nasal cavity, there are no accepted standards for the management of GCTs.13

GCT is a rare soft tissue tumor arising from mucosa of nasal cavity. The small size of this lesion and unusual location makes clinical and radiological diagnosis difficult. Histopathology along with IHC plays a vital role in correct diagnosis.